"Skyfall" is the theme song of the 2012 James Bond film of the same name, performed by English singer-songwriter Adele. It was written by Adele and producer Paul Epworth and features orchestration by J. A. C. Redford. Film company Eon Produstions invited the singer to work on the theme song in early 2011, and Adele accepted the task after reading the film's script. While composing the song, Adele and Epworth aimed to capture the mood and style of the other Bond themes, including dark and moody lyrics descriptive of the film's plot.

"Skyfall" was released at 0:07 BST on 5 October 2012 as part of the Global James Bond Day, celebrating the 50th anniversary of the release of Dr. No, the first James Bond film. The song quickly went to the top of the iTunes chart, and reached number two at the UK Singles Chart and eighth on the Billboard Hot 100. Reviews were positive, with the song being compared to Shirley Bassey's Bond themes, and "Skyfall" became the first Bond theme to win at the Golden Globes, the Brit Awards and the Academy Awards. During the 85th Academy Awards, Adele gave her first live performance of the song. 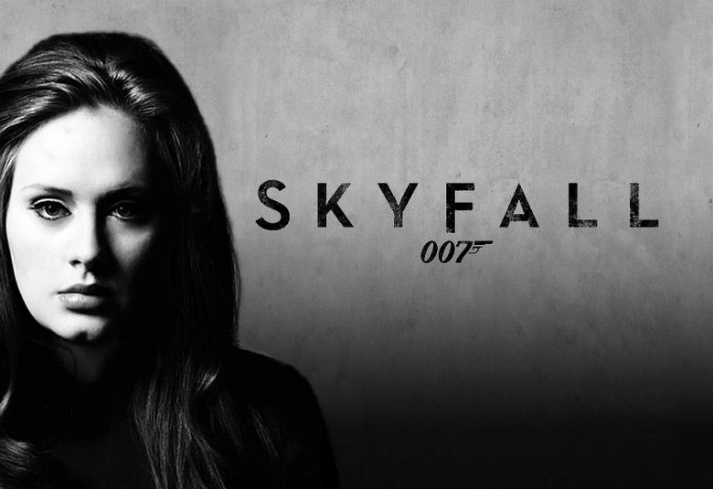